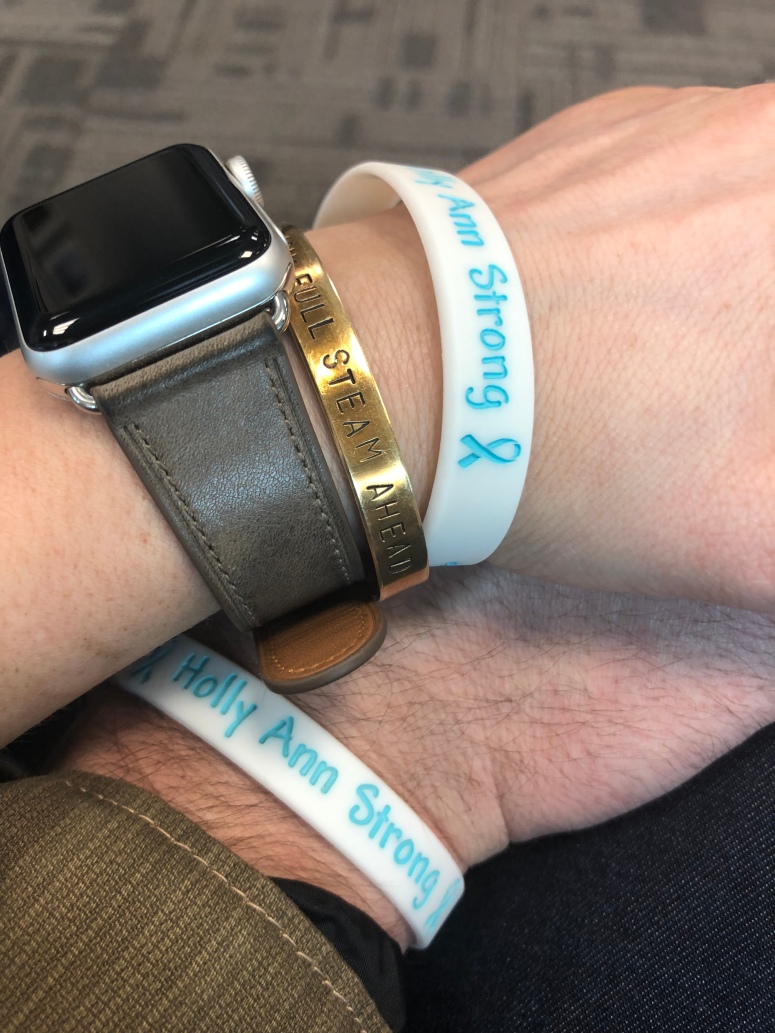 I’ll use the same Q&A format as last time. I’ve been told by friends that it was an easy way for them to understand what was going on, and it’s a quick way for me to get you guys the information 🙂 Win Win! Also, I’m laying in bed not feeling well and writing this on my phone- so apologies in advance for the grammar errors.

So, in no particular order, here are the questions I’ve been asked the most lately 🙂

Answer: Correct. That was the original “estimated” start date because my radiation oncologist needed to come up with two separate treatment plans for my radiation which is more time consuming. I won’t get into why because it would take too long….but surely it’s no surprise that the “cancer unicorn” needs TWO radiation plans, right? 😉 #Extra. Anyway, as a result, my doctor said it would take up to 2 weeks to get my treatment plans in place and ready to go which would have put me at a start date of Monday March 4th (which would have been today). However, the doctor ended up completing my treatment plans a little early so my first radiation treatment was last Thursday, February 28th, my second radiation treatment was on Friday March 1st, and my third treatment was today, March 4th.

Question: When did you start taking the chemo pills?

Question: Were you able to complete the first cycle of Xeloda?

Answer: I completed 13 “on” days but was not able to finish the last day. Yesterday, (Sunday March 3, 2019) would have been my 14th/last day taking the pills for the first “cycle”. Today starts my 7 days “off” the pills….thank you Lord!

Question: Why did you stop the chemo pills at day 13 instead of day 14?

Answer: I started developing large blisters on the balls of my feet this weekend which made it difficult (but not impossible) to walk around. So, after speaking with the on call doctor Saturday we decided that I would still take the full dose and see how things went. Unfortunately by Saturday night my hands were burning so badly I couldn’t use them (example- opening a water bottle was out of the question). It felt like I had placed them on a hot stove. My hands burned and throbbed all night long. Not the way I would normally spend Mardi Gras 😉 I spoke to the on call doctor again Sunday morning (yesterday) and the decision was made to “hold” yesterday’s dose to give my body a chance to recover.

Question: Were the chemo pills worse the second week vs the first week? Is the hand/foot thing painful?

Question: Isn’t there anything you can do to fix the hand/foot issue?

Answer: Mark and I have tried all of the recommended home remedies from the doctors (like keeping my hands and feet moisturized, using ice etc.) Unfortunately, hand and foot blisters/burning is a VERY common with this medication. The on call doctor this weekend explained to me that they never want to “under estimate” how much medication a patient can tolerate (which makes sense), so it’s very common for the doctors to have to decrease/adjust the dose after the first cycle. The good news is that I ALMOST made it through the 14 day “on” part of the cycle. Just one day short! So, hopefully my dosage isn’t too far off.

Question: So you’re taking the chemo pills and getting radiation at the same time?

Question: How many radiation treatments will you be having?

Answer: The plan right now is for 33 treatments which will take about 6.5 weeks. I believe my last radiation treatment should be around April 15th (But- it seems like anything medically related can change so don’t hold me to that!)

Answer: During the actual treatment I don’t feel anything (which is nice!). My treatment takes longer than most I because they are having to radiate my sternum separately. I’m also utilizing the “breath hold” technique which is more time consuming. Here’s a video I took after my first radiation treatment (video taken at a red-light and NOT while driving for the record).

Question: What are the markings on your chest/neck?

Answer: The radiation tecs use the markings and waterproof stickers to line you up with the radiation beams. Yes, I’m getting radiation on my neck/above my clavicle because there are lymph nodes in that area I’m told. My torso currently looks like a road map with all kinds of fun colors and markings. True story: a guy at a gas station last week told me that he was “digging my neck tat, especially with the preppy outfit I had on.” I definitely let him think I had a neck tat because…. why wouldn’t I? #StreetCred

Question: What is the breath hold technique? Answer: I’m not a doctor, but from what I understand, they only deliver radiation while I’m holding my breath. The benefit is that it decreases the amount of radiation that goes to my heart. My left side is being radiated as well as my sternum (which puts my heart at a greater risk of exposure). Apparently when you hold your breath your heart moves down, which will hopefully decrease the amount of radiation my heart gets. I look at a monitor during radiation and have to hold my breath at a certain level for about 25 seconds at a time while they deliver the radiation. Here’s a diagram I found on the net that may help illustrate the goal here. Question: How often do you meet with your radiation oncologist?

Answer: During radiation I see her once a week. (I’ve been really lucky- my doctors are SO nice). Anyway I met with my radiation oncologist today after my treatment. She explained to me that she was utilizing “Photon and electron” treatment which was her first choice of the two therapy plans. She said this type of treatment easier on the heart/lungs…..but unfortunately it is also harder on the skin than other types of radiation. Oh boy! 😉 She explained that during the course of radiation they are including my sternum, but for my last 3 treatments they will be focusing exclusively on my sternum to give it a high dose of radiation. (Since there was cancer in my sternum, but they can’t remove that part of my sternum- that’s why they want a higher dose in that area). All of my breast tissue has been removed so the radiation to the other parts is to treat microscopic amounts of cancer that could be lingering. But, the “bone mets” site (my sternum) needs a higher dose. Also- before anyone asks…..apparently it would be a bad idea to remove part of my sternum- we already asked 😉

Question: When are you next set of scans?

Answer: I’ll be having a CT scan of my liver around May 9th. I can’t have liver MRI’s while I have tissue expanders in because they have magnets in them. I’d love some prayers for a clean liver scan if you have time 🙂 I should also be getting a bone scan in May…..prayers for that too! I want to make it to that 3 year mark without recurrence SO badly. It’s hard to even put into words honestly. I’m just going to keep doing my best and praying that God and my doctors will take care of the rest. 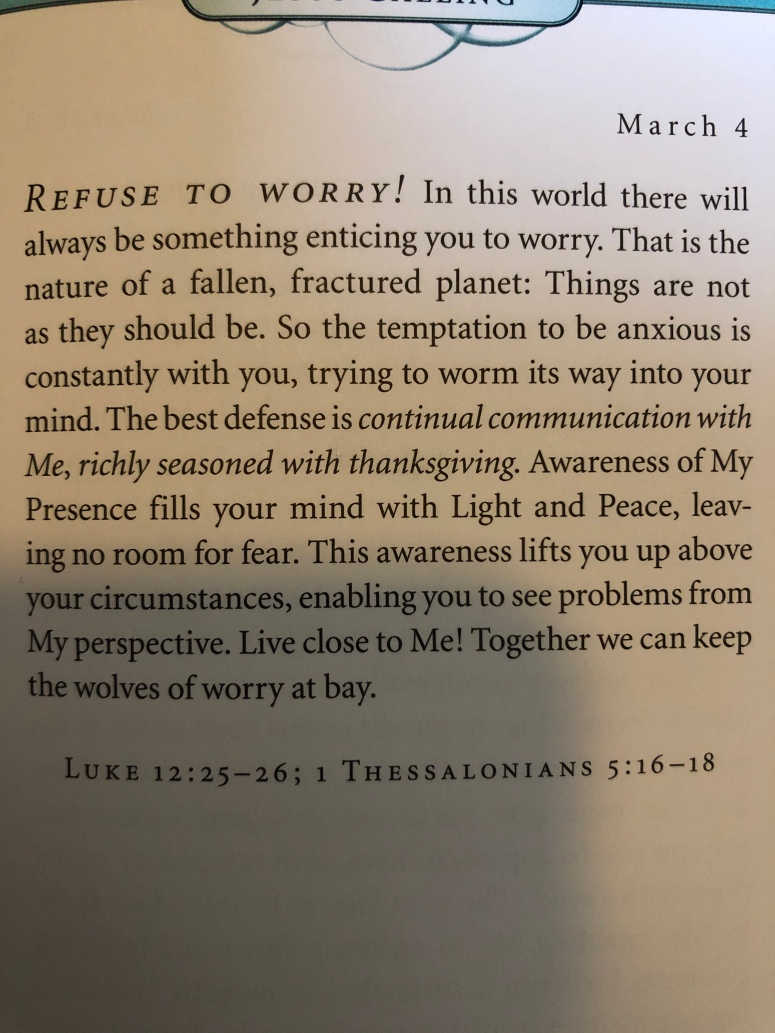 Question: Have your lashes grown back?

Answer: Pretty much!! Woo hoo! (My hair is still very thin from the chemo and I have a couple of bald spots….but hey- at least I got to keep some hair!) 🙂 My hair started shedding a TON after surgery oddly enough. But that’s a topic for another day/blog! See below- top AND bottom lashes! #TheLittleThings 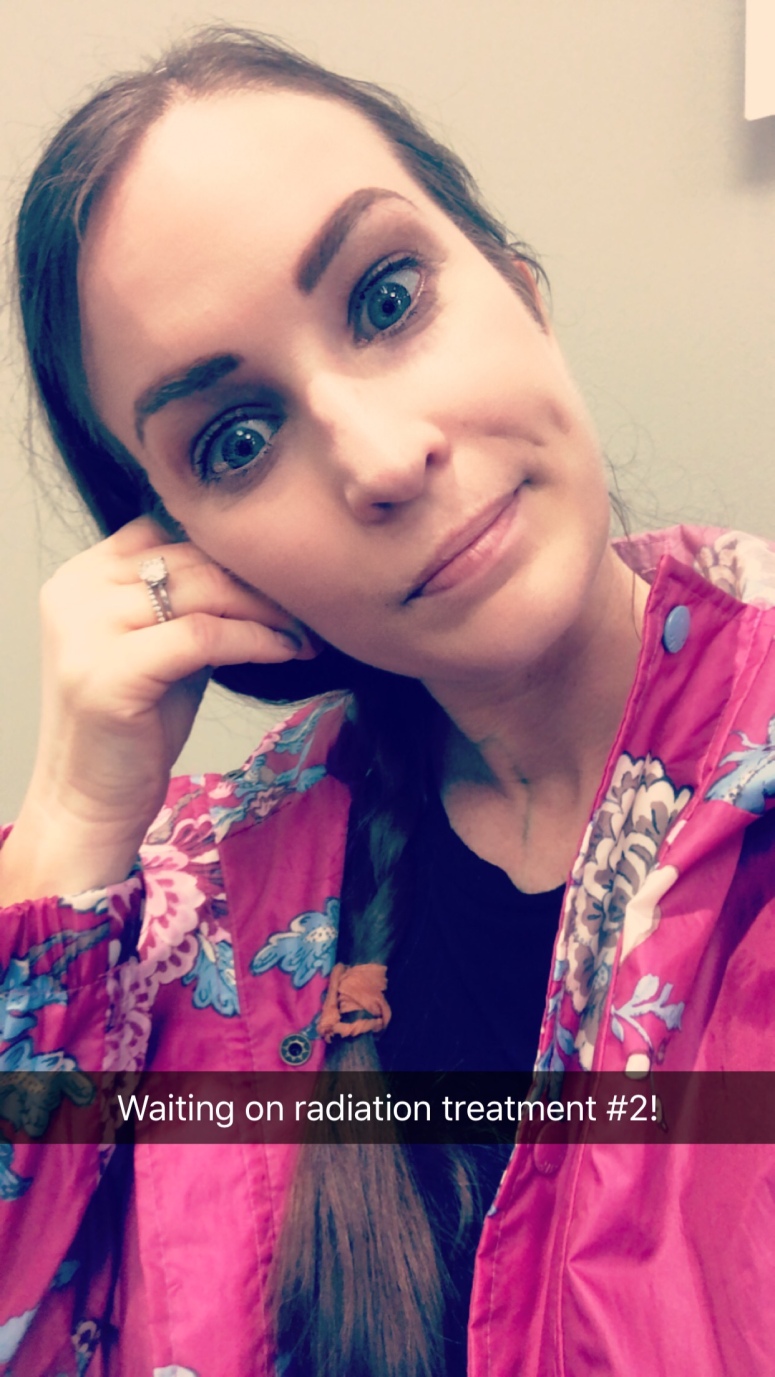 Things that made me smile this week:

#1. My good friend pointed out to me that yesterday was “triple negative breast cancer awareness day”. I didn’t know there was such a thing but I definitely am “aware” this year- that’s for sure! All joking aside, I’m hoping my story will at least put TNBC on a few hearts and minds💜 The idea that I could make even a small difference is something to smile about.

#2. It’s NCAA gymnastics season! Talk about strong female role models!? Some unsolicited advice: if you have daughters and live around Baton Rouge (or anywhere with a collegiate team)….take your kids to a meet. You don’t have to know the rules to appreciate the beauty and athleticism of the sport. I was able to spend some time with a few special young women on Friday and their parents…..which was perfectly timed considering the chemo-pill induced madness which transpired the following day 🙂 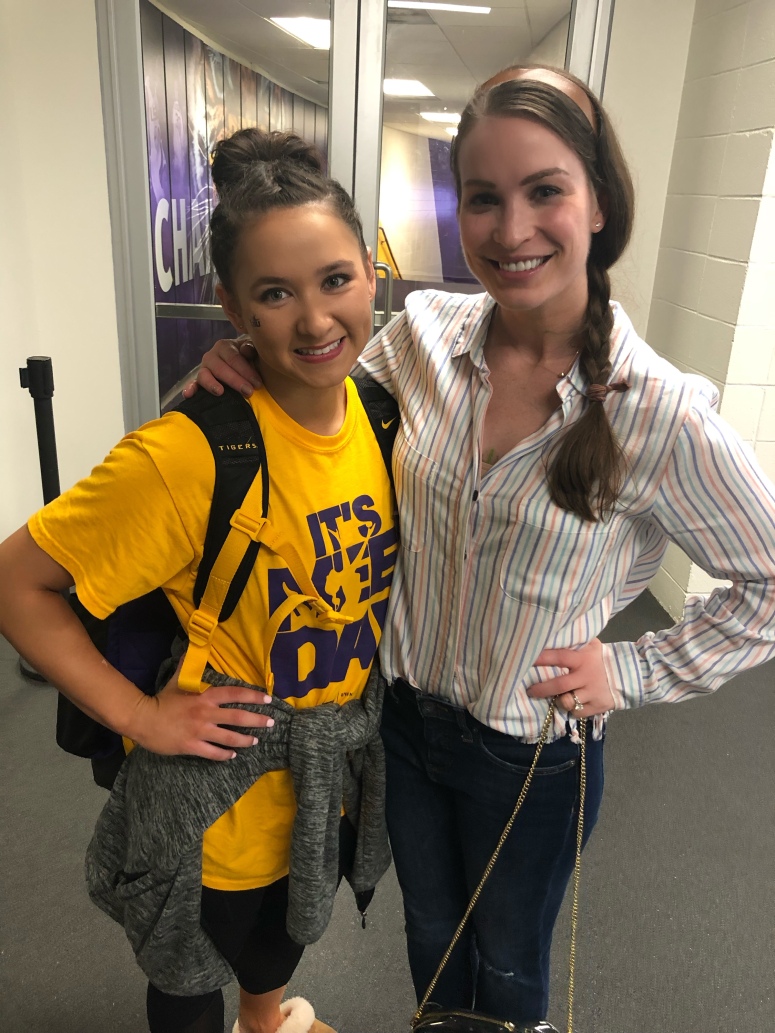 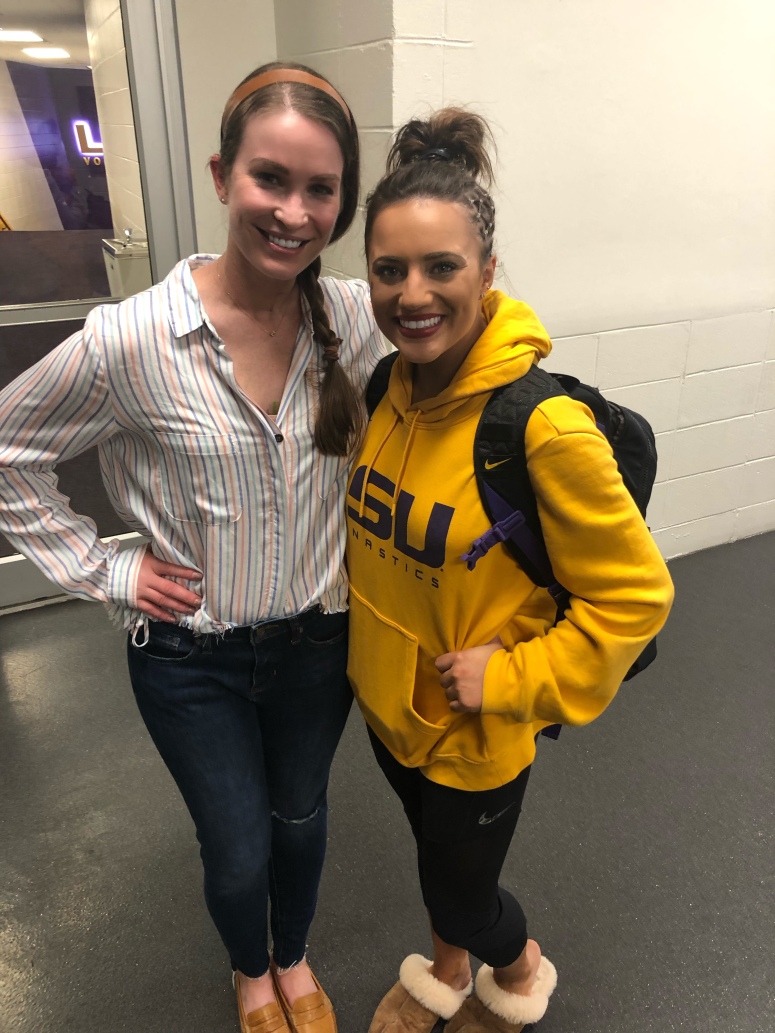 I’ll keep you posted on the chemo pill and radiation progress. As always, thank you so much for the prayers and love.

10 thoughts on “Full Steam Ahead: Chemo Pills and Radiation!”

This site uses Akismet to reduce spam. Learn how your comment data is processed.